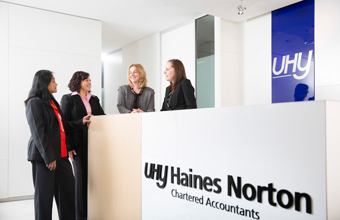 The May 2016 Federal Budget saw significant proposed changes to the Australian superannuation system with limited ability to make additional contributions. The current and proposed rules are discussed under the following headings:

The recent Federal Budget brought minor inflation adjustments to the Medicare Levy thresholds and a proposed $7,000 increase in the income level at which the 37% marginal tax rate first applies ($87,000 up from $80,000). The $315 annual tax saving from the second item does not provide any significant additional incentive to defer the derivation of assessable income or bring forward allowable deductions.

The 2% temporary Budget Repair Levy is still proposed to be removed from 1 July 2017. It is not clear whether this timetable could be impacted by the outcome of the forthcoming Federal election.

Gifts or donations of at least $2 to tax deductible charities made by 30 June 2016 are deductible this year. You should ensure the charity is endorsed as a tax deductible gift recipient and that you keep receipts.

Individual taxpayers can now only claim a deduction for car expenses using one of the following two methods:

Where a car has comparatively limited business use it may be more tax effective for an employee to “salary package” the car if permitted by the employer. There is a range of service providers in this area offering novated lease salary packaging opportunities whilst reducing the administrative burden on employers.

Please contact us if your net expenditure on these items after Medicare and health fund reimbursements exceeds $2,265 (or $5,343 for certain higher income earners).

A Medicare levy surcharge may apply where your income for surcharge purposes exceeds prescribed thresholds and you do not have adequate private health insurance.

If you expect your income to rise above the relevant threshold and you do not currently have private health insurance, you may need to consider taking it out. The cost of the premiums may be less than the surcharge involved.

If you do not have hospital cover with an Australian registered health fund on your Lifetime Health Cover base day and then decide to take out hospital cover later in life, you will pay a 2% loading on top of your premium for every year you are aged over 30 and do not have cover.

Your Lifetime Health Cover base day is normally the later of 1 July 2000 or the 1st of July following your 31st birthday.

We discourage investments in tax driven schemes unless they can be expected to deliver sound commercial returns (assistance may be required from an Australian Financial Services Licence Holder to assess the viability of the project).

Three big superannuation measures and a number of related items were announced in this year’s Federal Budget:

This includes all non-concessional contributions since June 2007. The Tax Office offers a service whereby these amounts will be advised to tax agents including UHY Haines Norton. Excess contributions made before Budget night can be retained in the superannuation environment. Subsequent excess contributions must be returned to the member.

This will have a considerable impact on superannuation contribution strategies.

From 1 July 2017 there will be a starting “cap” of $1.6 million that can be used to fund a fully tax free retirement pension after age 60.

This will be achieved as follows:

Individuals Commencing a Pension on or after 1 July 2017

If the individual has more than $1.6 million in superannuation when they commence a pension the excess over $1.6 million remains in an accumulation account. The income from that account will be taxed at 15% (or 10% for long term capital gains).

Any unused cap will be carried forward and indexed in line with changes in the cap.

Members already in the pension phase at 1 July 2017 with balances in excess of $1.6 million at that date will be required to either:

This may impact contribution strategies particularly where a member’s current balance exceeds $1.6 million.

Division 293 increases the tax rate on concessional contributions above the threshold and within the contributions cap from 15% to 30%.

It is proposed to remove the work test from 1 July 2017. This will make it easier for those over age 65 to make superannuation contributions including spouse contributions.

This measure will effectively eliminate the contributions tax in relation to individuals with taxable incomes up to $37,000.

The Government will increase access to the low income spouse superannuation tax offset by increasing the income threshold from $10,800 to $37,000. The maximum offset remains at $540.

Anti-Detriment Deduction to be Removed from 1 July 2017

A Transition to Retirement Pension (TTR) can be a tax effective strategy to allow access to accumulated superannuation entitlements from preservation age (see below) without formally retiring. Under current rules pensions paid before age 60 are taxed at marginal rates subject to a 15% tax offset.

A number of measures will affect transition to retirement pensions from 1 July 2017:

There have been no changes announced to the taxation treatment of pension recipients.

The changes outlined above will have a significant impact on previous superannuation contribution strategies.

Under current rules individuals can only make concessional (i.e. tax deductible) contributions where all of the following are satisfied:

Concessional individual and employer superannuation contributions must be physically received by the fund by 30 June 2016 to be tax deductible in the current tax year.

In order for employers to avoid a Superannuation Guarantee Charge (“SGC”) shortfall for the June 2016 quarter, the contributions must be physically received by the fund by Tuesday 28 July 2016.

The maximum SGC contribution base will increase to $51,620 per quarter from 1 July 2016. This equates to a maximum quarterly contribution of $4,903.90 per employee. Where employees have multiple employers this could lead to a breach of their concessional contributions cap merely as a result of SGC contributions.

Mandated industrial award contributions may also apply to these employees.

In some circumstances company directors can now be held personally liable for unpaid SGC contributions and unremitted amounts withheld from employees’ salaries under the Pay as You Go withholding tax collection system.

In limited circumstances (various conditions apply) it is possible to make a superannuation contribution by transferring the following asset classes to your self managed superannuation fund:

Considerable care will be required when transferring valuable assets to ensure the relevant contribution cap is not breached.

A common standard is intended to ensure employer contributions can be streamlined and monies paid in a consistent, timely and efficient manner to members’ accounts.

Employers will be required to follow the below steps when paying employee superannuation contributions:

Smaller employers with 19 or fewer employees who are not already SuperStream compliant must complete the transition by 30 June 2016.

The proposed 1 July 2016 start date for the related Single Touch Payroll reporting system has been deferred until after the Federal election.

To comply with the SuperStream standard, it is important to consider the solution that best aligns with the needs of your business. Some of the solutions available are:

Self Managed Superannuation Funds and SuperStream

Under SuperStream all super funds, including SMSFs, must receive employer contribution data and payments electronically in accordance with the SuperStream Standard.

If an unrelated employer contributes to your SMSF you will need to provide your employer with the following information about your fund:

The ESA is the address that your employer will use to send electronic contribution messages to your SMSF. This address is different to an email address.

If you are unsure of your SMSF’s ESA, please contact your UHY Accountant to discuss.

SuperStream will not affect your SMSF if it:

Should your payroll processes and the in house software you use not be SuperStream compliant, the ATO offers a free optional service for small employers to sign up to for SuperStream reporting purposes. The Small Business Superannuation Clearing House (SBSCH) is a free service available to employers with 19 or fewer employees, as well as those businesses with an annual aggregated turnover of less than $2 million.

Through the ATO SBSCH service a small employer can make their super guarantee (SG) contributions as a single electronic payment to the clearing house, which then distributes the payment to employees’ funds.
If you register to use this service:

To sign up to this free ATO service, you can register for the SBSCH here: https://sbsch.gov.au/poext/super/public/registration/employerRegistration.jsf

The following rules come into effect from 1 July 2016:

If you are feeling a little under prepared before the end of the financial year, or have any questions about this information please contact us contact us today – we’re here to help.

Are you prepared? How will the new changes impact you from 1 July 2018?

Are you prepared? How will the new changes impact you from 1 July 2016? 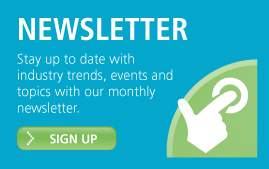